Danish Morten Schantz (synth+vocals) and Swedish-Norwegian Anton Eger (drums) are well-known names on the jazz and fusion scenes around the world. For many years now, and as parts of different crews, they’ve been taking the jazz logic hardwired in their brainsand applying it to all sorts of new and unconventional places. RKDIA might be their most explosive formular yet.

This is the mind of jazz sprawled onto pop retro-futurism.

With RKDIA, they come together in a burst of color and rhythm. Armed with technical brilliance and a penchant for the epic, the duo spin up forceful and hypnotic works that inject the free kinetic of jazz into synth-based electronica and cascading power pop. It’s a sound of its own. One minute it goes to the body in pulsating blows like house music. The next, it envelops you in warm-blooded synth-pop pathos. The improvisational grip runs deep through the tracks. It’s the sound of musical DNA fragments being dissolved and reconfigured in real-time. Something that probably needs to be heard – preferably live.

RKDIA released their debut single on March 12th. Their debut album is set to be released in late 2021 on Danish label Music For Dreams. So far, they’ve just played a handful of smaller shows, trying to make it work within Corona-restrictions. Judging from the early response, though, they seem to have struck something special.

For a band of two, they make a hell of a roar on that stage. The music shimmers and sparks but it’s also layered – a zone of both blazing intensity and starry-eyed beauty, spun up between these boisterous nerds of instrument.

“Schantz is able to embrace a carefully constructed dramaturgy that often explodes in melodic hooks that are so grand that they would fit a stadium”. As described by All About Jazz. Born 1980 in Aarhus, Denmark, is an acclaimed pianist, singer, composer and bandleader whose works include JazzKamikaze (together with Anton) as well as numerous solo projects such as Morten Schantz Godspeed, Trio, Unicorn, Paramount, Segment.

Through the years Schantz has distilled a unique voice that encompass elements from jazz, pop, electronica as well as classical music. After completing his Advanced Post Graduate Soloist diploma at the RMC he has also worked with classical ensembles mixing his trademark compositional tools with strong contrapuntal techniques.

“possibly the craziest drummer, visually, this side of The Muppets’ Animal… and while capable of some wild and crazy playing, he’s equally adept at contributing delicate textures, softer timbres and gentler pulses.” As described by All About Jazz.

Drummer Anton Eger is born in Oslo, Norway but grew up in Romania, Venezuela and Sweden whereafter he moved to Copenhagen, Denmark and spent five years studying at The Rhythmic Music Conservatory in Copenhagen between 2003-2008.

Anton worked his way from teenage punk bands to serving as a military drummer in His Majesty’s King’s Guard in Norway, finally finding a home in the rhythmic complexity of jazz. He has toured the world performing both contemporary jazz and stadium rock. Anton is a member of acclaimed Anglo-Scandinavian trio. 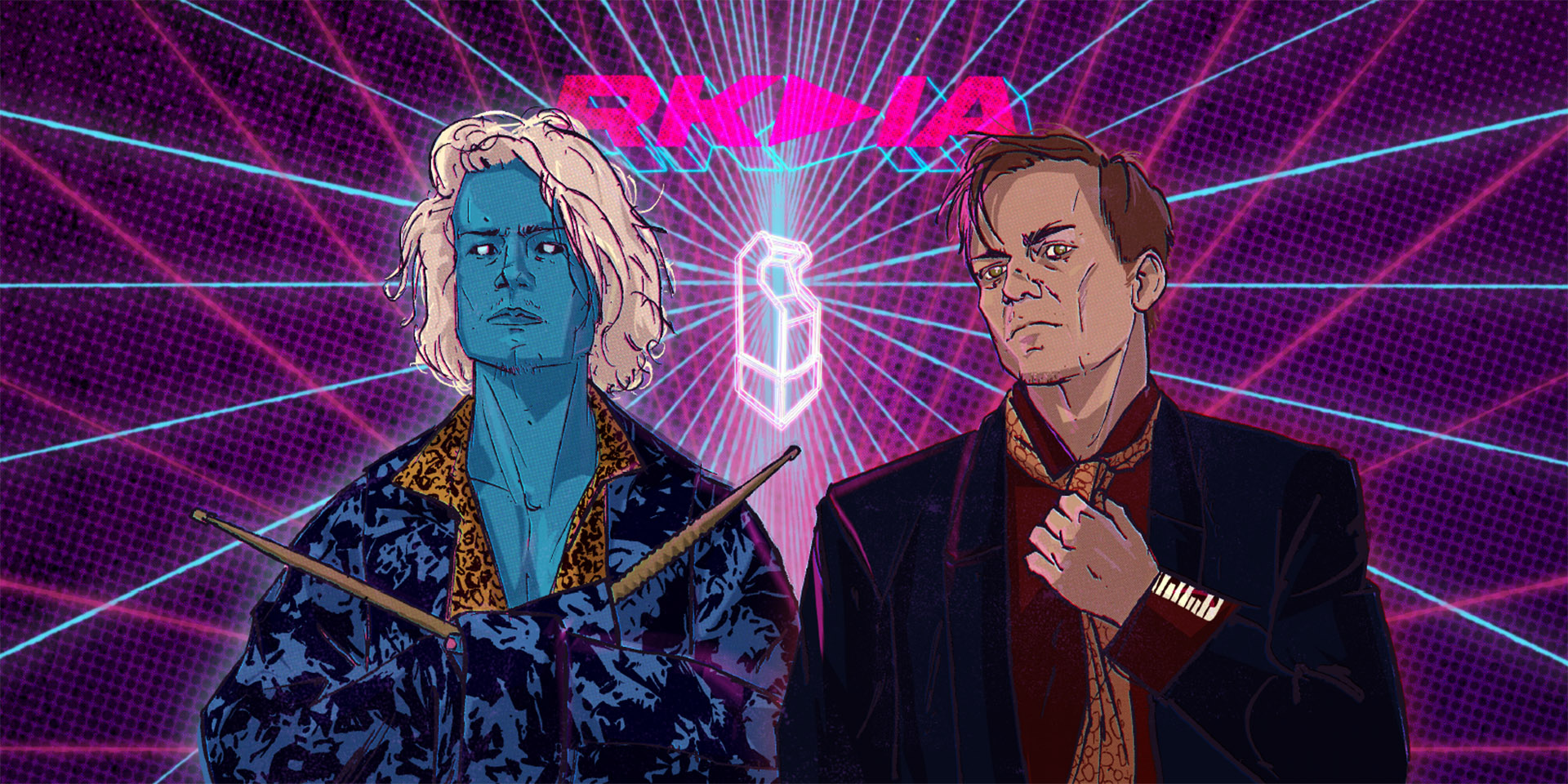